Protect the medical act, space and nature - more time for your patient, no additional space for document storage and no paper waste.

Office and pharmacy digitalization implies the transformation of time-consuming activities, for both the doctor / pharmacist and the patient, into automated actions, quickly performed by electronic devices. 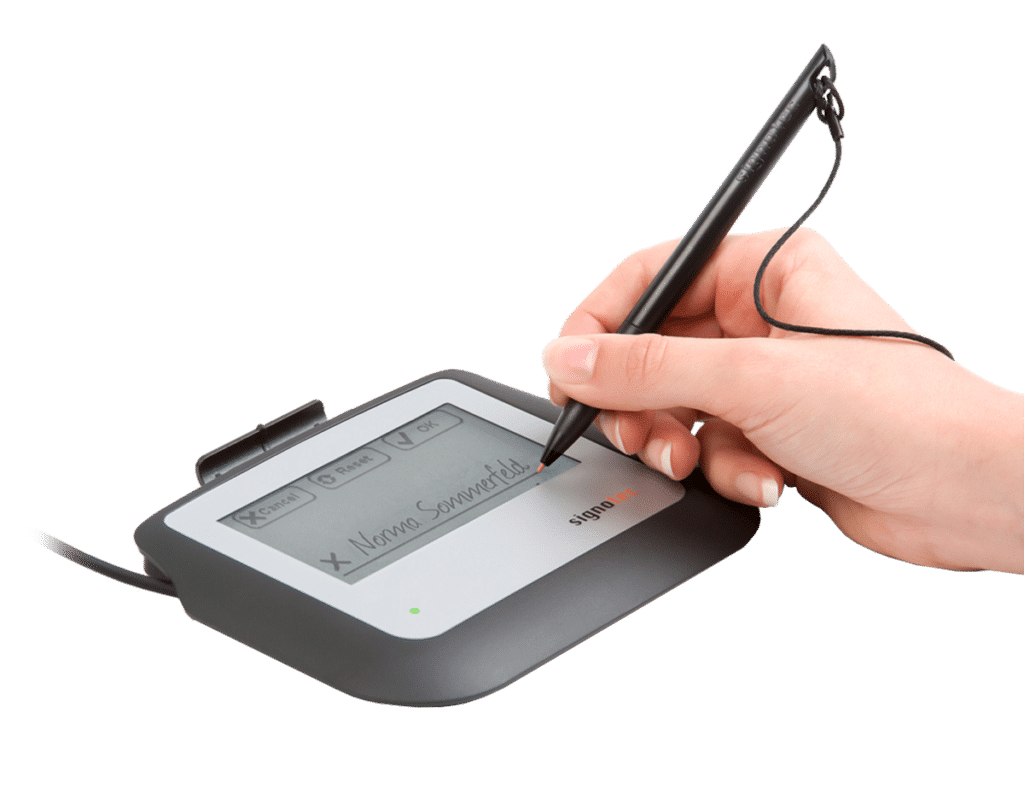 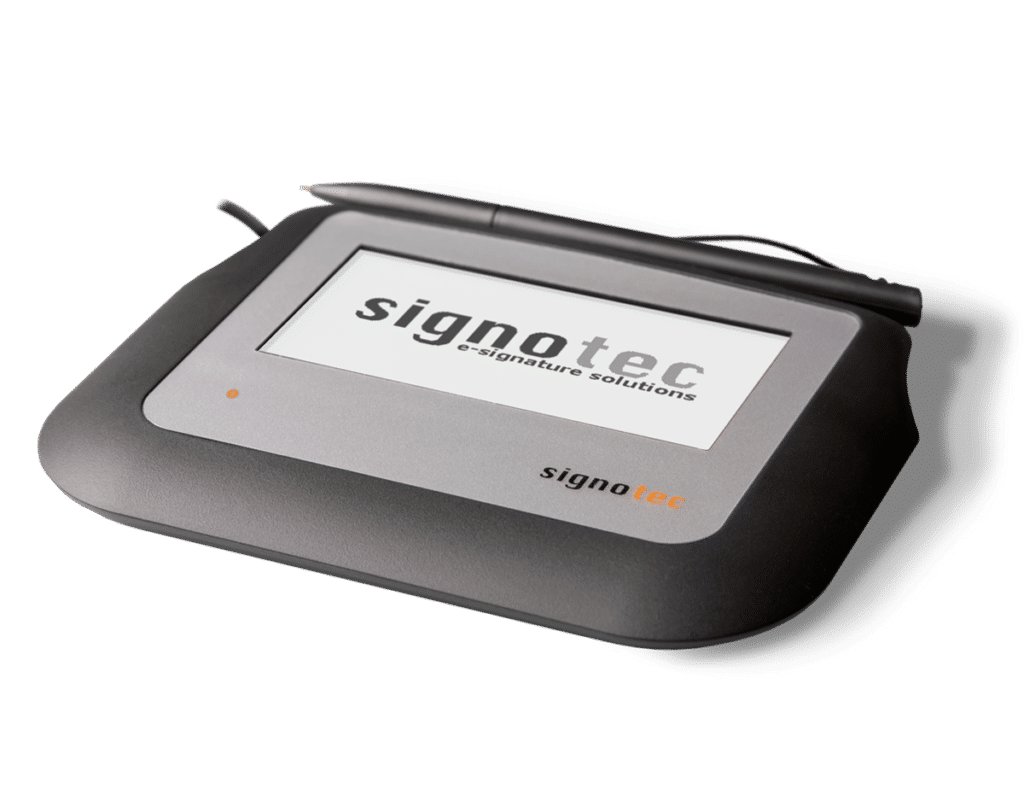 From a technical point of view, we offer you the most ergonomic solution: the biometric signature device, Sigma from Signotec, a specialist in the field of capturing handwritten electronic signatures.

The process of signing electronic documents has the following features:
– a signature pad records the biometric data of a holographic signature;
– the signature pad records raw data such as position (x, y), angle (of the pen) and pressure (applied by the pen on the tablet);
– by using a software, the raw data recorded by the signature pad are converted into biometric data, as follows: (i) temporal data (rhythm) – speed and acceleration; (ii) pressure; (iii) graphic data; (iv) angle; and (v) angle difference.